In the ground floor of the Town Council building, the Josep Aragay Museum showcases the artist’s work. Living between 1889 and 1973, Aragay was a leading figure in the Catalan Noucentisme cultural movement. An accomplished art theorist, paints, illustrator, engraver and potter, he had a great influence on the intellectual and artistic world of his generation, to such an extent that Eugeni d’Ors commissioned him as the artistic director of the Almanac dels Noucentistes, an annual review of the work of the movement’s artists. Born in Barcelona, he moved to Breda, his mother’s home village, in 1925, where he opened a pottery workshop. In the museum, we can also see some well-preserved Romanesque paintings on the walls of the village’s former parish church, which became the Town Hall as a result of the forced seizure of church property in 1835. 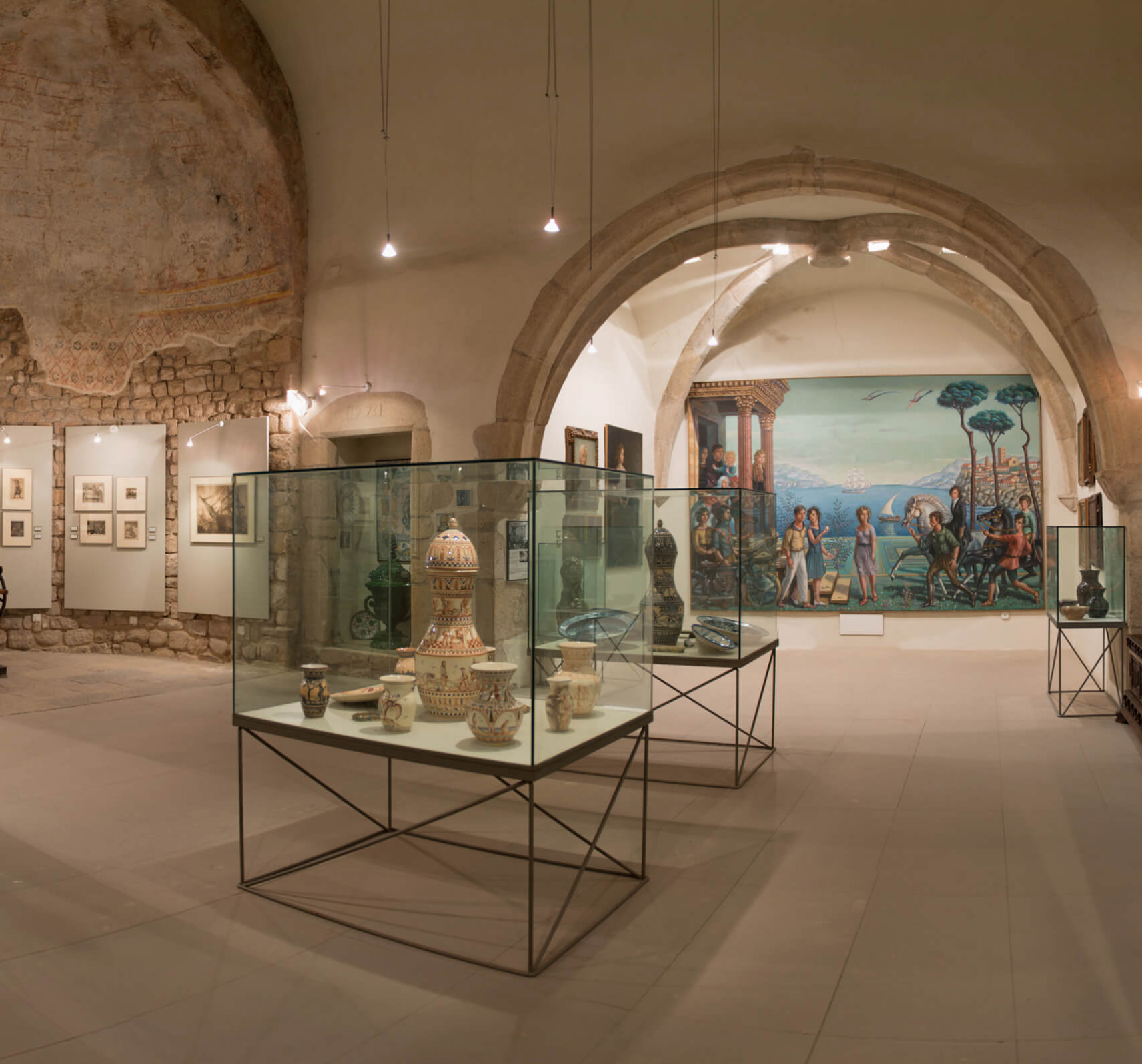