THE CHAPEL OF SANTA ANNA ROUTE

VIEW THE COURSE OF THE ROUTE ON THE MAP

Take the Carretera d’Arbúcies (GI-552) to the village of Breda (km 4-5). The route starts in the Plaça del Convent, which forms part of the village centre, where we find the Town Council building and Church.

KEY FEATURES OF THE ROUTE

The route takes us up the Turó de Santa Anna hill to the historical Baroque chapel, which is a listed on the Inventory of Catalonia’s Architectural Heritage. The hill gives us a full view of the whole village of Breda.

This is a very easy route, just under than a kilometre in length in a straight line, making it ideal for families. It starts in Plaça del Convent, from where we head through the village southward, passing through Plaça del Dr. Rovira i Benet, until we reach the Fonda Santa Anna restaurant, where we cross the main road (GI-552).
A forest track starts at the Can Soldevila country house, leading us directly up the hill to the chapel of Santa Anna. 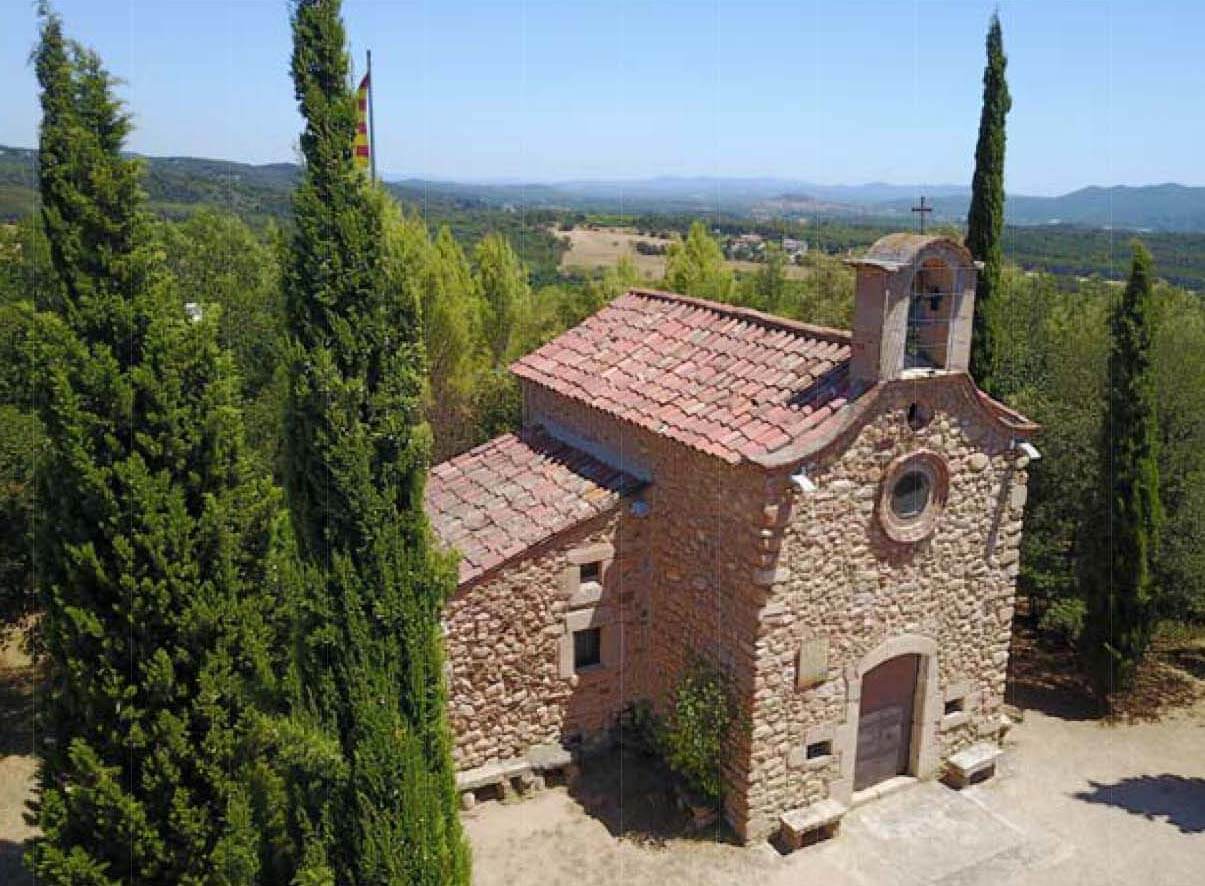 In the 13th Century, the Turó de Santa Anna hill was known as the Puig de Llagostera, probably named after the Llagostera farmhouse that was located somewhere on the hill. The first documented reference to a chapel on the hill dates back to 1624, but the Baroque building that stands there today was built in 1789. The chapel as we know it has a single nave and an adjoining vestry, built in 1862.
Breda has historically worshipped Saint Anna, after whom the hill and chapel are named. On 26th July each year, on the Saint’s feast day, a celebration is held on the hill, with religious services in the chapel, traditional Sardana dancing and coca cakes on sale. On the night of 10th to 11th September, there is a procession to the chapel with an act to mark the National Day of Catalonia (known as La Diada), which culminates with the Catalan flag (la Senyera) being raised next to the chapel.