The Church of Santa Maria, the village’s former parish church, was built between 878 and 1038. The 12th Century apse is still standing today, with some of the original wall paintings still visible in the crossing.

Located behind the Monastery, Breda’s Church of Santa Maria is now home to the Town Council and the Municipal Josep Aragay Museum. The old Romanesque building has been modified to repurpose the building successively as a public school, courts, etc. since 1846.

On the outside of the building, we can still see the Romanesque apse, on the eastern side, which had fallen terrible condition but was restored and almost completely rebuilt in 1961. Another notable feature is the octagonal bell tower, which was a style commonly used in the diocese of Girona during the 15th and 16th Centuries. 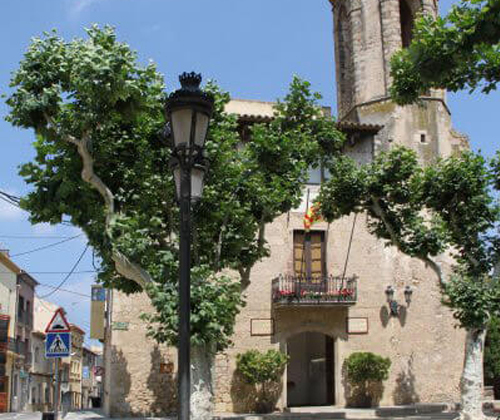