On the side of the church, we can still see the north wing of the cloister, one of the four that originally comprised the whole cloister of the Monastery of Sant Salvador.

Its construction is thought to date back to the late 13th or early 14th Century. The surviving part of the cloister has seven round arches each supported on two columns with the same capitals on all of them: four large lily leaves grouped together in a vertex.

Having fallen into a severe state of deterioration after the Monastery was confiscated under a policy of forced seizure of church property, in 1932, the Associació de Amics de l’Art Vell (Association of the Friends of Ancient Art) took charge of restoring this part of the cloister. 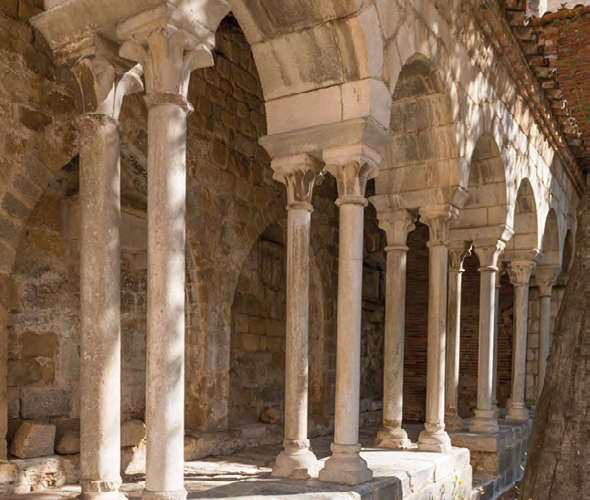